Another beautiful day on the farm

I have mostly photos to share today. The only big thing that happened off camera was that Lunar was super agitated about food. She even went after Niko! Watching this giant animal chasing a small cat certainly was an experience.

I was greeted this week by Wizard the wonderful pug. He’s not usually outside of Deb’s house when I’m there so it was really nice to spend a few minutes with him. And how adorable is his blue sweater??

While cleaning the back corral, I looked over and saw Waterford basking in the sunlight in his pen. All throughout the winter, once he finished eating, he went right back into his little house. It was nice not only to see him outside but also to see the smile on his sleeping face.

I snuck up on him trying not to wake him but it turns out that I probably could have banged pots by his head and he wouldn’t have stirred.

This is Edwin. He followed me around all afternoon and was so affectionate. He climbed in with the alpacas after me and they were very curious about him. They kept trying to sniff him, but he kept running away. Later, another cat friend named Maddy joined us but even though all Edwin wanted was to be best friends with him, Maddy started stalking him and trying to take swipes.

Who can resist this face?

Have I mentioned Gulliver before? No? 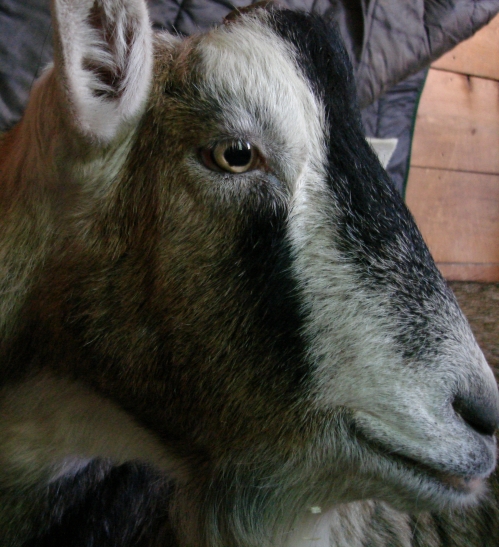 One response to “Another beautiful day on the farm”