I think that Gully’s been feeling a bit left out since Levi came along, so I spent a bunch of extra time with him this week. (Shh, don’t tell him that I visited Levi in the cat house on my way out.) But to be fair, Levi is graduating out into the big boy pen next week and I won’t have the same “nowhere to run” access to him. He celebrated by bleating on the top of his little lungs for extended periods of time while standing on top of the stove. I held him one last time. Well, two last times, since he leapt from my arms on my first try. He’s already getting heavy. What a cutie…

I sat down with him and went to pet his head like I always do. He started bobbing and weaving to get away from my hand. This was so unlike him. I finally got close enough to check out the situation and saw that he was bleeding in the horn area. I, of course, got all panicky but it turns out that he’s just been spending his days head butting one of his buddies. I never said he was smart! In lieu of noggin scratches, I stroked his beard. He nodded off comically until his nose touched the bench, then he jerked back up. But he fell asleep!

You’ll always be number one in my book, Gully.

Napoleon is a super polite gentleman. Watch as he kindly asks for his dinner:

Watty snorts his way through the day!

Farmtastic! ~Snippets of the Week~

Cubby was waiting to go inside when I arrived at the farm. He only has one eye now and the remaining one sees very little, but he plugs along. Such a little trooper! 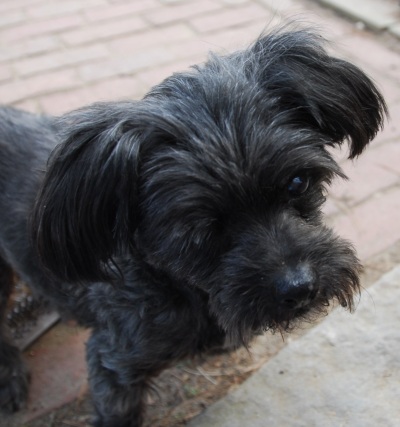 Lunar, hamming it up at the fence! 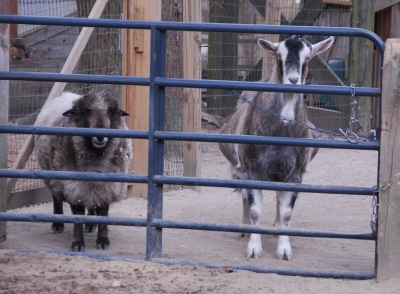 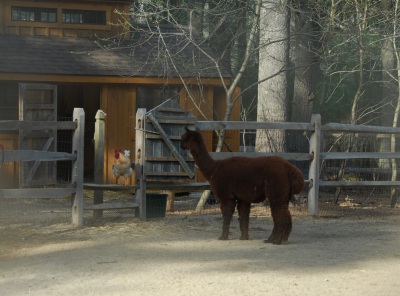 I know they look like regular roosters, but these guys are about a foot long. Their INCREDIBLY LOUD voices certainly make up for their pint size, though.

Look for my post later in the week that’s all about the baby! 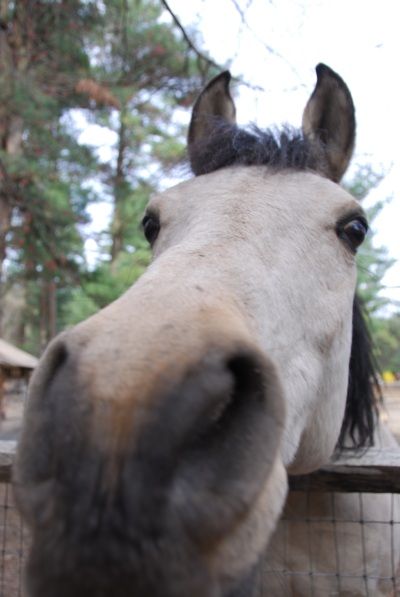 I’m adding a new feature on my blog. Every Wednesday, I’ll upload a video from the farm.

This week’s pick is of this awesome bunny (who let me pet him!!! I think!) and his crush on one of the many gorgeous cats on the farm.

Monday on the farm was lovely. The temperature was a bit on the colder side but sunny enough that it made up for it and there weren’t any mosquitos. A few weeks ago, during that week of incredibly warm weather, the mosquitos were buzzing around and without bugspray, I ended up staying for a shorter period of time. Similarly, if it’s too cold, I tend to jet pretty quickly, as well.

This week, I lingered. When I arrived, Lunar and Spirit were hanging out with Stormy and Cloud in the upper pen. I really like when they’re up there already because it means that I get to spend a few minutes petting them instead of diving right into the feeding. In between head scratches, Lunar hauled off and chased the pheasant away as I cheered her on. If I were fast enough, I would have caught it on my camera. It’s an awesome sight watching this huge animal stomping after a small bird, who is actively fleeing in terror. I’d feel bad for him, except he continues to stalk and try to attack me. Get him, Lunar!!!

After my snugglefest with Gully…

I passed the girls. Indifferent as always!

Watched these bunnies for a while. Pretty sure it’s a mating dance. So cute.

Then I heard this especially vocal duck. He sat there yelling at another duck across the way. I missed the part where he splashed his little feet in the puddle, but couldn’t resist posting his loud calls. (One of these days, I’m going to remember to film horizontally!)

Aaaaaand then he ran over. Watch carefully as his squat little body makes it all the way around. While the actual reunion was blocked, his journey makes the video worthwhile.

In the meantime, this goose was busy bathing.

I rounded off my visit with some doggy time. I love how focused she gets! “Throw it now, please,” said Pandy. 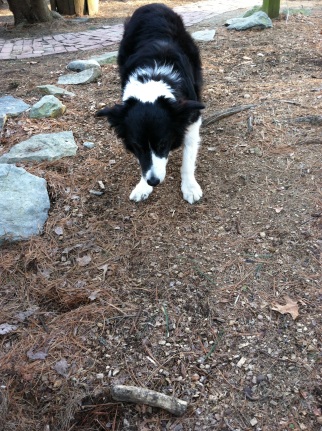 I brought horse treats with me to the barn today. They’re called Uncle Jimmy’s Squeezy Buns! How cute is THAT?

Lunar wanted them so much that she was kicking the door and stretching her neck as far over as she possibly could. Gully, Athena, Spirit and she all got some in their food. I made sure that Lunar’s were soaked with her grain, and I don’t think I’ve ever seen her this impatient about getting her dinner. She LOVED them when I (finally!) gave them to her. Gully gobbled them down, Athena ate some and saved some for later and I have no idea about Spirit, since he was cranky. But all in all, it was a success. I am going to bring them treats every week and am so excited about it! Ahhh, the little things.

Later, I was chatting on the phone and Gully decided I wasn’t paying enough attention to him, so he bit my hand! And then he pulled my hair! Really hard!! Thanks a lot, dude. :p

Can’t wait until next week!

I can’t believe that my last post was on November 21st! It feels like 14 million things have happened since then. Although, realistically, it’s kind of amazing to me how consistent it is there each week. My duties pretty much stay the same, with an added blanket or an extra scoop of grain mixed in. Gulliver continues to be one of the most amazing beings I can imagine and cuddling with him is excellent every single time. That’s really no excuse not to write though, so I’m going to sit here eating gummy bears and try to fill in lost time.

One Monday, I spent a while walking around the corral with Lunar, my arm slung over her back. I’m not sure how adequately I can describe how cool that was.

The pheasant has continued to plague me. He is such a jerk! On the same day as the walk with Lunar, he made the mistake of trying to attack me with her at my side. She stomped after him with such force, neighing loudly, that it even scared me! Score!

A few weeks ago, I went down to the barn to collect Gulliver and there is a maze of gates to get through on the way back. He was so impatient that he didn’t wait for me to open one of the gates all the way and he got stuck. It took a while to stop laughing before I could free him.

Opie, the little piggy who spends most of her time snoring under a blanket, was out and about while on my way to collect Gulliver. I squatted down to say hello to her. She had food all over her snout and she kindly shared some with my knee. It was just about one of the cutest things I’ve ever seen. I scratched her head for a while and then continued on my mission.

Right about when the cold weather was kicking in for the season, I was given the task again to put on the horse coats. A little out of practice, Spirit’s snort of derision after I finally got his on said it all. Oh well, practice makes perfect, right?

Another day, I walked passed the regular gaggle of roosters (you thought I’d say “geese”, didn’t you? Nope. They just wait until I’m walking through and try to eat my coat). Standing among them was one of the peacocks. I don’t know why it was such a “wow” moment for me but it caught me off guard. There he was, going about his business, just hanging out, and yet he’s fluorescent blue. So normal and out of place at the same time. Majestic. I thought, “Yup. I get to spend time at a place where walking by a peacock is just a regular Monday. Awesome.”

Recently, Spirit and Cloud (the mule) have fallen in love. Hard core – don’t ever leave me – I’ll just scream on the top of my lungs until I see you again – love. When one of the kids brings Spirit up to the barn, blood curdling cries of anguish can be heard down by the lower barn as Cloud pierces the air with her mournful song. And no matter how much food and comfort I try to give him, Spirit yells at me for a solid five minutes in between bites of his dinner. Cloud has even been known to use her powers by breaking down fences to get to him. Now that’s Love.

Speaking of love, here are some videos of my friends being awesome:

Today when I went in for my weekly lovefest, I found Niko in Gulliver’s pen. I pet her for a while as Gully finished eating and then he turned around to face us. Niko was on my lap and Gully reached down and took a bite of her hair. As she cried out in pain, I said, “No, Gulliver! We don’t chew on our friends!”

For a while we sat there and I doled out the pets to both of them. I took a few flash photos and Gully protested by jumping off of the landing and stood outside the pen staring at me. Was I ever happy when he came back over (with significant pleading on my part, of course) and leaned his head back in the mix.

Oh, Mondays, how I love you.