After I was done at the barn on Monday, I stopped in to see the turkey. He apparently has lice or another invasive bug and a volunteer had caught it. But I could always see the little buggies crawling all over his head during our visits, so I’m assuming that someone went in for kisses. He had been sprayed down so his colors looked duller than usual. He looked a little sadder too, which made resisting my urge to pick him up and hug him even tougher. But I still pet him and purelled right afterwards like usual. While I sat with him, I could see one of the peacocks from the donkey barn standing outside the little house staring at the birds inside. I think it was a mixture of strutting his stuff to show up the two peacocks and a little “hey, there” to the peahen. I left the birds and wandered outside to the geese.

Ah, the geese. They are, by far, the loudest animals on the farm. They stand around squawking at absolutely everything. Giant arguments full of big bodies and little heads waddling around in fury. Their conversation style is right up my alley so after being shouted at I yell, “HI!” back. They’ll run up to me, expecting me to flee and when I don’t, they veer away really quickly. I decided it was high time we became friends. So, I squatted down and probably because of the new height difference, I was approached and contemplated face to face. Geese have VERY intense stares. One hand motion and a bitey reaction back though and I made the decision to be great friends without petting.

I moved to sit on a short barrel – as squatting is not a long distance activity – and as the goose sat in front of me staring and staring and staring at me, I noticed that off in the distance the peacock had decided it was high time to show off his beauty. I don’t remember ever having seen a peacock with plumage flared in person. I was far away and it still looked big. But what I thought was even better was when he’d turn his body and show his hind-feathers. They’re tan and black and the backside of each looming feather was plain and ordinary. What an exquisite dichotomy!

In every photo of a peacock I’ve ever seen, it shows the larger than life plumage swarming with radiant colors. And all of the sudden, I get a glimpse of the other side and I’m left just as astounded. The idea that this bird swells with pride showing off all this crazy color and instead of giving a 360 view of these punch-you-in-the-face blues and shimmery greens, turn him around and all of the sudden he becomes his ugly duckling ancestor. I’m so fascinated by this! Is the rooster snickering behind his back thinking, “who does this jerk think he is?” Does the peahen go, “He is SO HOT!” only to change her tune when he turns around by mistake? And his backside is large and fluffy! Flip him around and you see a skinny little neck! Of course I know there are biological reasons behind all of this that I haven’t delved into yet, but wow! What a cool discovery!

These pics of the peacock were taken from my far away perch with the goose, but I just had to get some images of it. He’s definitely going to be an interesting subject in the upcoming months. 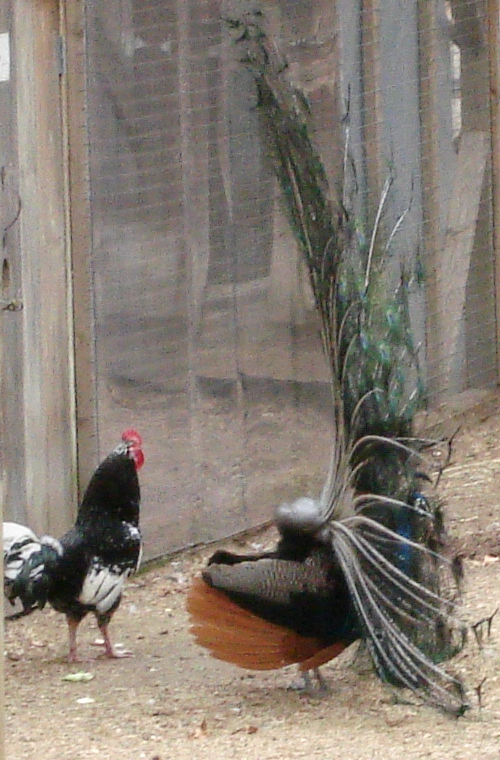 It’s hard to see that the back of each long feather isn’t colored because of the blues seeping through, but try to imagine it all dark brown from the tan feathers up. He showed his feathers by turning back and forth for about ten minutes and then he folded them in one fell swoop and it was back to business as usual.

This one was taken from the barrel so he was right at my knees. While squatting, he was even closer to my face. I was tempted so many times to pet him, but the foreboding chomp fest held me back. 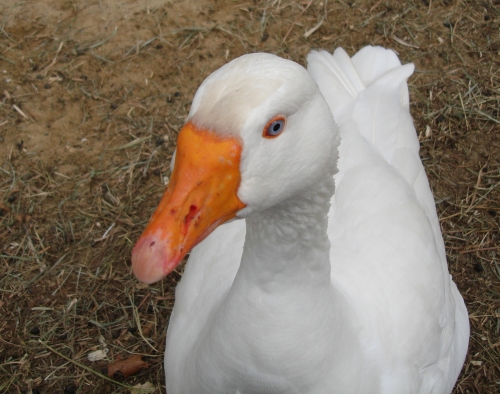 This is a common site at the farm, as of late: flaming piles o’ doody.

I’m sure that all of these photos of Athena look exactly alike, but this is my favorite yet! 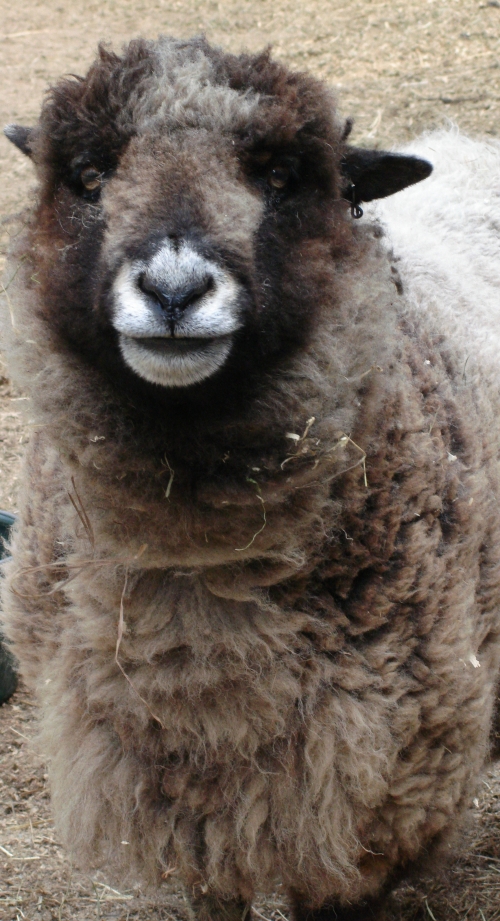 It’s hard to see his troubled side when looking at his sweet, sweet face.

Somebody found a snack! And look at those awesome nostrils, flared with the exciting smell of a found treasure.