I learned a few weeks back that rabbits LOVE donuts! Because of that adventure, I’ve become friendly with a few standoffish ones who live in an enclosure with a few doves. Due to the snow and the fact that one of the bunnies is black, my camera got really confused with the lighting and I love the results.

Here’s half of the super cute pair and it’s also a way to show perspective on what it actually looked like at the moment. 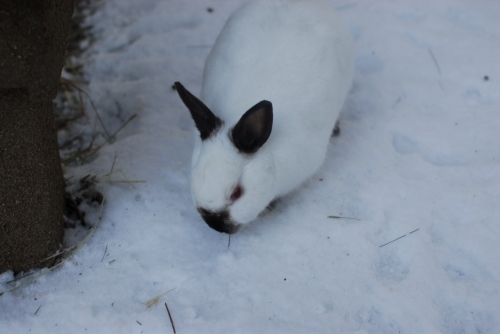 This is his friend… 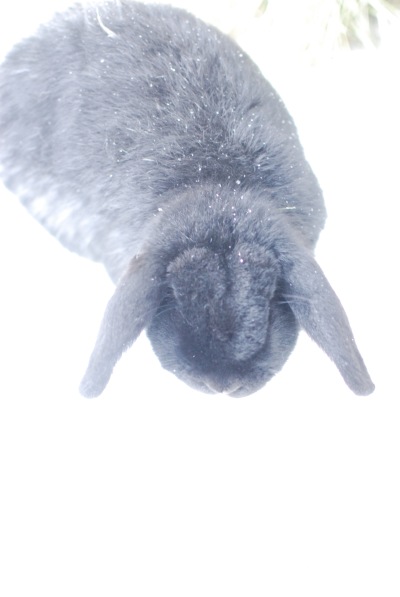 Even he’s smirking at the interesting lighting! 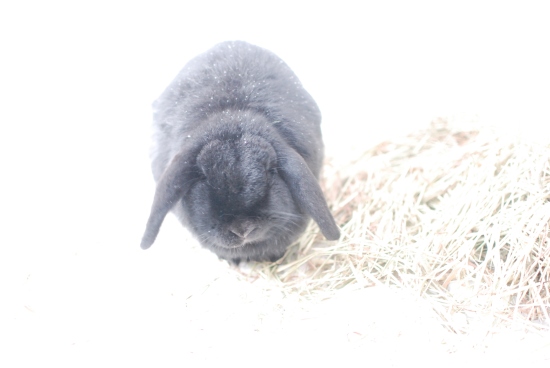 My dear little bunny friend, known to some as Curtis and others as Kyle, passed away from heat stroke last week. I will miss his tiny bunny kisses. 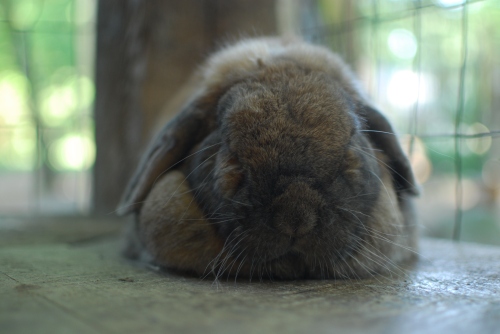 I am in some serious love with the bunny who lives in the cat house. Over the past month, he’s gone from fleeing in terror when I get near to running over to see me when I arrive. He absolutely loves to be pet, too. I’ve never had a bunny and never knew any growing up so I’m not all that sure how to interact with them. Befriending goats was no big thing since they are big. But rabbits have little tiny frames and I’ve heard all sorts of sad stories about how fragile they are, so I’ve gone as slowly as I can with this little guy. We all know that’s means not very slowly at all but I’m trying really hard for me! And I always pet him very gently.

My favorite thing to do is stroke one finger down his nose. He sits there, blissfully, eyes closed, loving every second. I started putting my face near his to see what he’d do. With most animals, a looming face is not something they really want. My cats, for instance, get pretty nervous when I do this. Milo will freak out and start growling and the rest of my cats will at least turn their heads. I read a really awesome book called On Talking Terms With Dogs: Calming Signals by Turid Rugaas that’s (obviously) aimed at interacting with dogs, but I’ve have noticed the behavior with many species. It’s a really quick read and I highly recommend it. One of the signals happens when a dog approches another head on. The other dog will turn his head to let the staring dog know that they are uncomfortable. The staring dog is acting in an aggressive way and the turning of the head helps to calm her down. (Watch your own animals when they greet each other. It’s fascinating!) So my big face coming directly at the face of an animal (big or small!) makes them feel unsure. Since I’m human and interact differently, it’s hard for me to break this habit. So most animals are greeted, in their heads, somewhat aggressively by me. And most of them respond by turning their heads. This little bunny, however, did not.

I put my face on his level and he hopped right up to it and sniffed my nose. And then he decided that wasn’t enough so he pressed his nose against mine! And then, he started licking my nose!!! His tiny face, whiskers twitching away, was shoved against mine. So awesome! 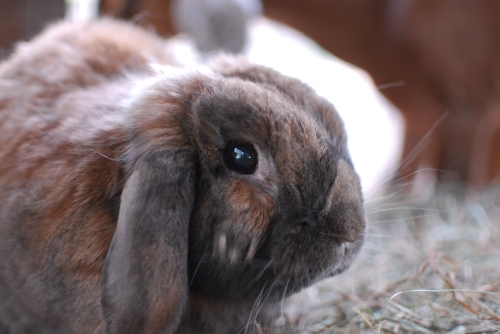 Levi loves the bunny as much as I do! 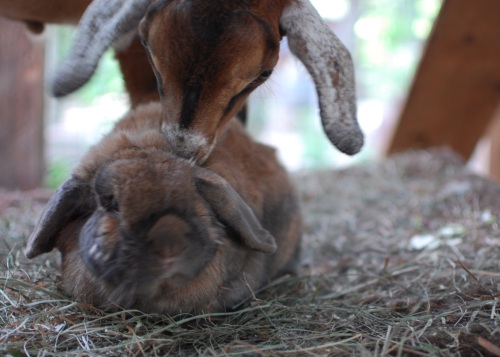 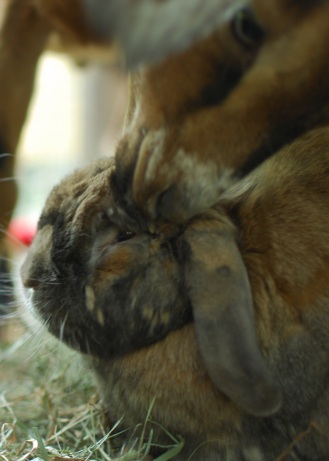 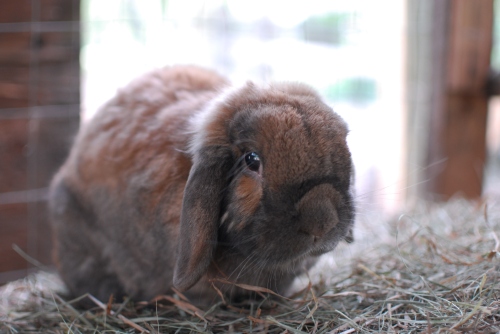 I’m adding a new feature on my blog. Every Wednesday, I’ll upload a video from the farm.

This week’s pick is of this awesome bunny (who let me pet him!!! I think!) and his crush on one of the many gorgeous cats on the farm.